Seen as one of the ''Fathers'' of the form of Guerrilla Warfare known as Rangers, Benjamin Church served in The American Colonial Militia raised by Great Britain during several Conflicts with bioth The French and Dutch in The Colonies. It was here, learning from Native American tactics, the unusual and then highly unorthodox fighting method was developed further by Church. Born in Massachusetts Colony in 1639, Church took to farming. He was recruited to serve in The Militia in the 1670s and fought in King Philips and later Queen Anne Wars.

Church (given a Colonel's Commission), trained his often small Forces (30 to 50 Men), in tactics that were often repudiated by traditional Commanders of The Era. Hiding from cover to engage an Enemy Force, using sudden and swift charges upon an Enemies Rear or Supplies, and total destruction of a Force – became ''Calling Cards'' of Church. Although not agreed with, British Command Authorities saw results and for the most part – left Church and His Forces alone to act as ''He saw fit''.

His ruthlessness was tempered with good judgment. After The Wars, Church was elected to Public Office in Massachusetts Colony (Colonial Legislature), holding His Office for 2 years. Before His death in 1718, Church wrote a book detailing His Wartime experiences and His unorthodox tactics. Several later such Units raised during The American Revolutionary War (1997-1783), were advocates of Church and His Tactics (used again effectively against British Forces in that Conflict). His works and observations would also serve as inspiration for today's American Army Ranger Forces. 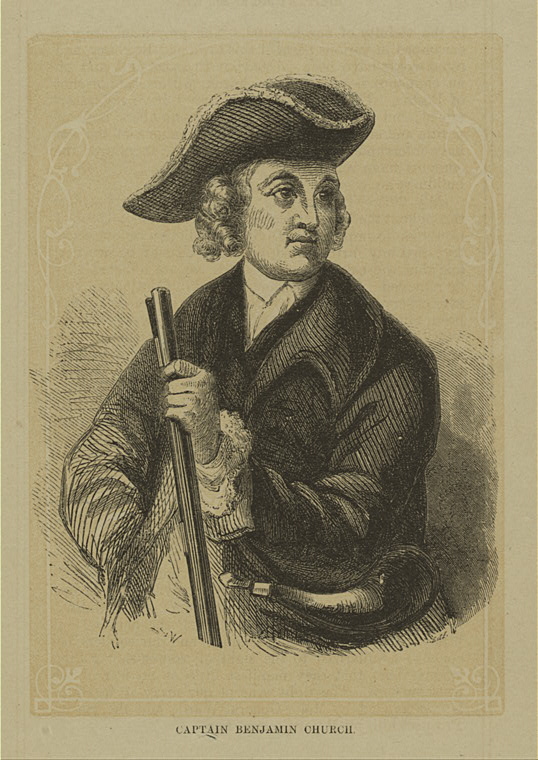