Perhaps no other Military Hat or Headgear is more recognized, than The Bearskin Hat. The Headpiece is more closely associated with The British Royal Army’s Ceremonial Guards Regiments. Other Ceremonial Units also adopted The Bearskin Hat for similar use. The Bearskin traces it’s History originally to the 17th Century, and it’s use by Grenadier Infantry. As previously discussed, these were specialized Soldiers who used hand explosives, thrown at an Enemy or Fortification. These were physically imposing Men (chosen for size and strength).

To create an even more imposing image on the battlefield, these tall types of Hats began to be seen. Adding more height, The Bearskin actually had a practical use as well. The Hatwear of The Era, was often cumbersome. Wide brims got in the way of a Grenadier throwing his Grenade. Also, the Grenadier carried a firearm, which he used after discharging his explosives. The long and cylindrical shape of The Bearskin (coupled with it lack of brim), solved this issue of equipment getting in the way of The Grenadier.

By the 18th Century, most European Armies had adopted a form of Bearskin (often confused with The Busby Hat). In construction, the hide (skin) of The Canadian Female Brown Bear was used (fluffier and softer). The fur was dyed Black with very few adornments. It took 1 complete hide to construct 1 Bearskin Hat. The general shape was blocked and stitched together on a specially shaped Hat Blocker.

A typical Bearskin weighs 7-pounds and is 12-inches in height. An attached Chin Strap formed of metal in some cases is used to secure the Hat to the Head of The Wearer. The actual “Skull Cap Well”, into fit a Head is placed into, takes up a very small portion of The Bearskin. The Bearskin became adopted by Military Bands, traditionally by The Drum Major  (or Marching Leader). Such versions are seen throughout The World. Many Civilian School Bands use a Bearskin the same way. Today, due to Animal Rights Activism, actual Bears are not longer used, as synthetic skins and furs are use. However, the quality and care of most Bearskin Hats, find many in use at 100 years of age. 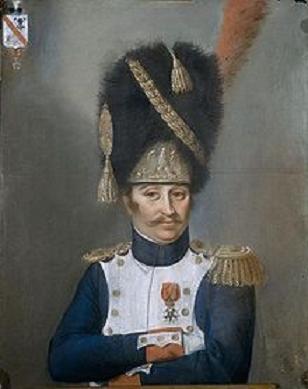