Bastle Houses were indicative to The Anglo-Scottish Border starting in the 12th Century AD. These were fortified residences, made of stone and reinforced by heavy wooden ''skeletons''. Roofs (formerly of wood and thatch), were now made of either stone or ''treated'' wooden slats (tiles). The primary need for such imposing homes, was for basic protection. The later ''Marcher Lord'' incursions into Scotland by The English, coupled with the ever increasing threat of The Border Reivers (Bandits), made them crucial.

Most Bastle Homes were capable of supported not only a primary Family, but several familial extensions. They often had attached quarters for recruited soldiers (mercenaries) or Servants (again often pressed into defensive role). Such homes could well survive fire. No longer used as makeshift fortifications by the 17th Century AD, many Bastle Houses still stand today along The English- Scottish Border, having been generational homes. 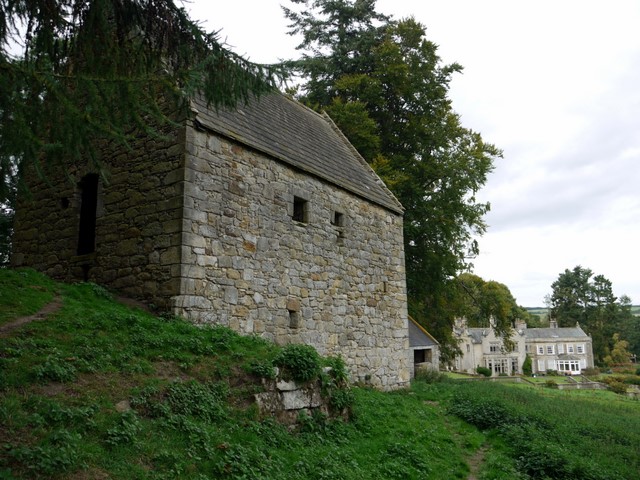