Evolving from the "Knightly Dagger" (or Nobleman's personal sidearm), this 13th/14th Century weapon was part sword and part dagger. The weapon was developed out of the similar short swords found in France during The Middle Ages. Variations were used by the Swiss as well.

Known for it's "H" shaped hilt, the blade could range from 8 to 15 inches. Primarily a double edged blade, a few examples have been found with single edges. Aside from it's "noble use", the Baselard became popular with brigand and hooligans. If fact, a Baselard was used to murder the Mayor of London - William Walworth, in 1381. 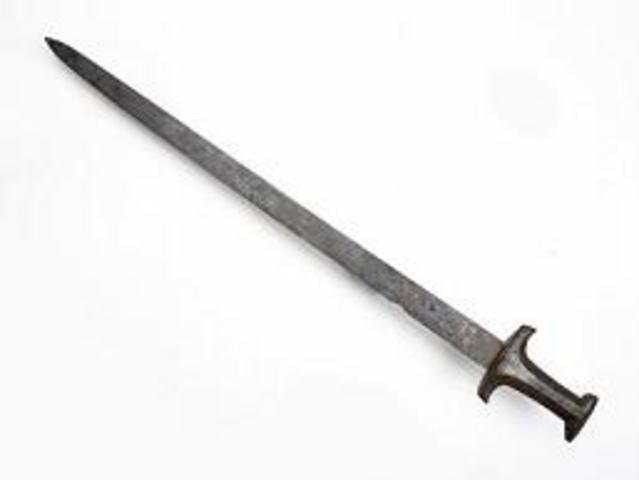