Prior to the 18th Century, as was custom – British Military Regiments did not use numbers as an identifier. They took the name of The Nobleman who either raised or commanded it. Lord Richard Barrell commanded a Regiment of Foot (Infantry), at the last battle of The Jacobite Wars – Culloden. Raised in 1745, they numbered 500 Officers and Men.

Barrell's primary mission the day of the engagement was to protect the Main British Forces Right Flank. Of the 8,000 Royalist Forces, Barrell's 300 would take the highest number of casualties, when then stood against successive Jacobite Infantry Charges. Over half of Barrell's Regiment was killed.

His Regimental Standard, also known as The ''King's Colors'', is the only British Regimental Flag from The Battle of Culloden in 1745, to have been carefully preserved and survive to today. It is a traditional Union Jack, which features only The ''George'' and ''Andrews'' Cross on a Field of Blue. This was before the 1801 addition of The Irish ''Patrick'' Red Cross, thus creating The ''United Kingdom of England''. A Gold Royal Coronet and Sceptres were placed Center of The Field – to denote The Regiments Royal affiliation. 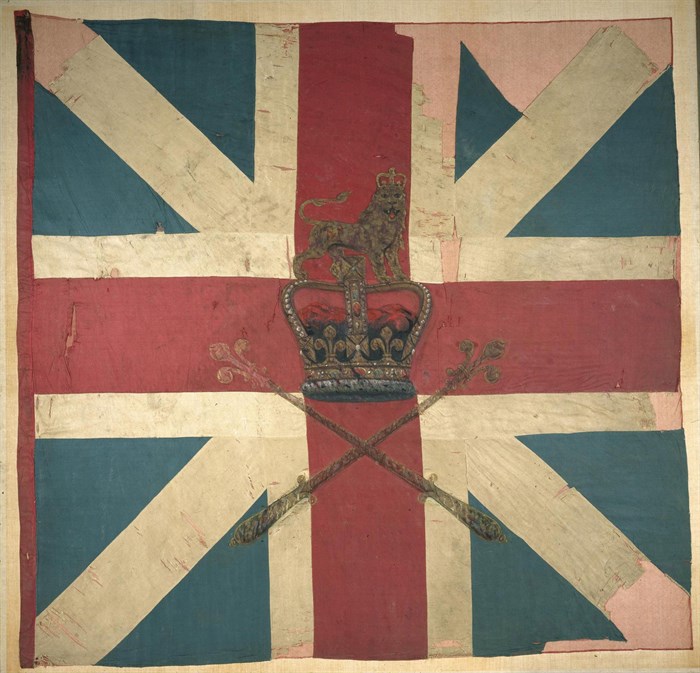