A defensive structure indicative to Scotland (and parts of Northern England)  the Barmkin possibly started out as a simple corral for cattle (which were extremely valuable). Replaced with small to moderate sized walls, they soon took to being used as a defense system. Normally constructed around a Manor or Town House (and sometime Tower), they were seen around the 11th Century. This style of defense was in used until the 18th Century (although by this time their defensive uses had waned). Smailholm Tower, Kelso, Scotland is an excellent example of the Barmkin system. 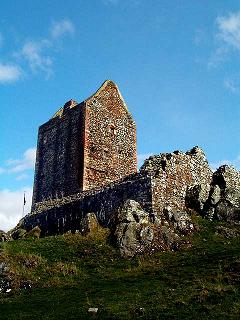