As previously discussed, "Barding" was a Heraldic term for the graphic representation of a Warhorse bedecked in full combat Armor. In this regard, such visuals began to appear of Family Coats of Arms around the 15th Century. The term Barding actually was a practice used by Medieval Knights. The Armoring of Warhorses was not indicative of The Middle Ages, but went back Centuries to Antiquity. The practice was lost to Warriors in "The Dark Ages", and only rediscovered by the 12th Century (and widely practiced). The Armoring of Warhorses would remain until the 17th Century (to a lesser degree). 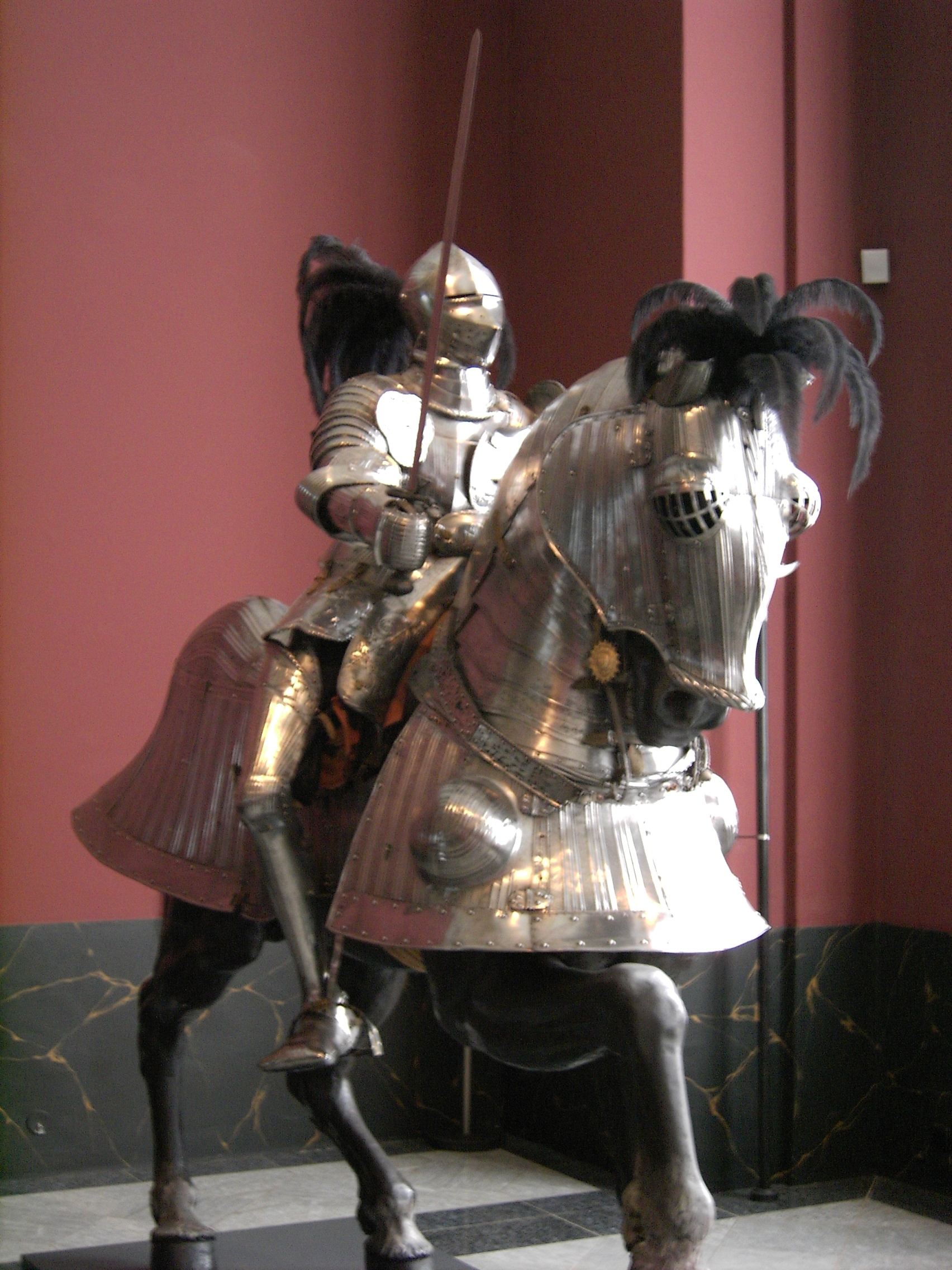