This weapon had an elongated axe-like head mounted on a Pole Arm. Arising out of the mid-15th Century, it developed in Eastern Europe. A relative of the Danish Axe, it differed by it's flattened thin head. The axe points (top and bottom) were stretched. This design gave the axe a much larger striking area. Designed to be fitted directly onto the Pole Arm or Axe handle by means of socket(s), this would "lock" the blade head in place. The Bardiche was known as a "heavy weapon" and some strength was needed to deploy it. The axe heads could be as long as 2 feet. They could reach up to 5 feet in some rare cases. Versions were imported into Scotland and they were very popular among the Clans there. When not in combat service, the weapon as a favorite of executioners. 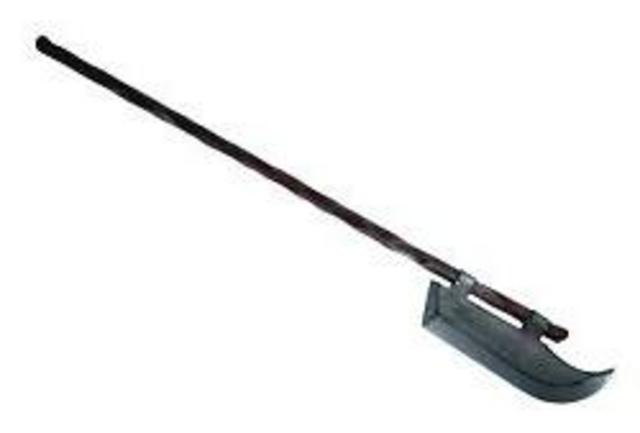