Since their ''appearance'' as early as the 7th Century AD – the Privateers known as ''Barbary Pirates'' were a loosely organized Group who raided along The South Coast of Africa (namely what was known as The Barbary Coast), Their name was a derivative of ''Berber'' (after the predominate Ethnic Tribe). The Barbary Pirates were effective in supplying The Slave Trade, primarily sponsored by The Ottoman Empire. In addition to Black, White captives were taken. It is estimated that over 1 million were captured and enslaved by The Barbary Pirates in their near 800 years of existence. The Pirates operated additionally in The Mediterranean (East) and as far West as The Atlantic.

With European Colonialism into The Americas, The Pirates became a major issue for security. Nearly every seafaring Nation encountered them. Spain, France and England would eventually dedicate whole Fleets of Warships to stop The Barbary Corsairs. Mainly, The Pirates avoided or outright ran from Warships (as their ships were far inferior, preying instead on weaker Merchant Vessels).

The most well known engagements with The Barbary Pirates would be known as The Barbary Wars of the first half of the 19th Century. A young United States Navy would declare War on the primary Tripoli (Africa) Pirates, dedicating a small, but effective Navy and Marine Corps. - to eradicating them. Several heated and well known battles would result, until thee main power of The Pirates was weakened (but not fully destroyed). Several later 19th Century engagements with The French would result in their total disbandment by the 1830s. 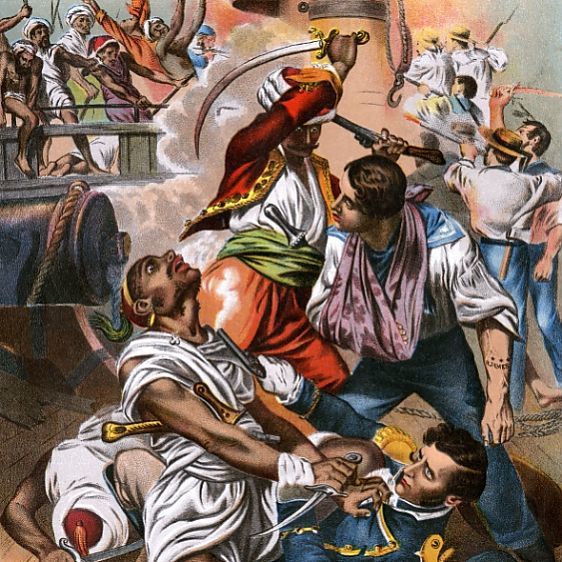