A ''Bagration Fleches'' was a type of impromptu Fortification created by Imperial Russian Prince Pytor Bagration. The earthen structures were born out of The Battle of Borodino (1812), when Napoleons ''Grand Armee'' had undertaken His ''Russian Campaign''. The battle, which was the last ''step'' toward Napoleon capturing The City of Moscow, cost roughly 45,000 Russian dead.

However, General Bagration needed to stop or at least slow The advancing French Army. He had His Divisional Engineers erect crude earthen Breastworks, which slopped towards the French Forces. Roughly 15-feet in height and around 30-feet thick, The Fleches were ''C''-shaped. They were erected on the flanks of The Russian Army.

Directing His Forces personally, Bagration stopped charge after charge of The French, as they fouled up on His Fleches. However, ''numbers tell'', and even His ''clever plans'' could do nothing to stop The French. Wounded by shell fragments, General Bagration was taken from The Field. The Russian's began to retreat. But The ''Bagration Fleches'' served their purpose. An estimated 30,000 French Soldiers perished on and around The Fleches.

Various reproductions have been erected near The Village of Semyonovskye, to support other Memorials to the dedication of Bragation and His Divisions – as well as His clever ''Fleches'' Tactic. 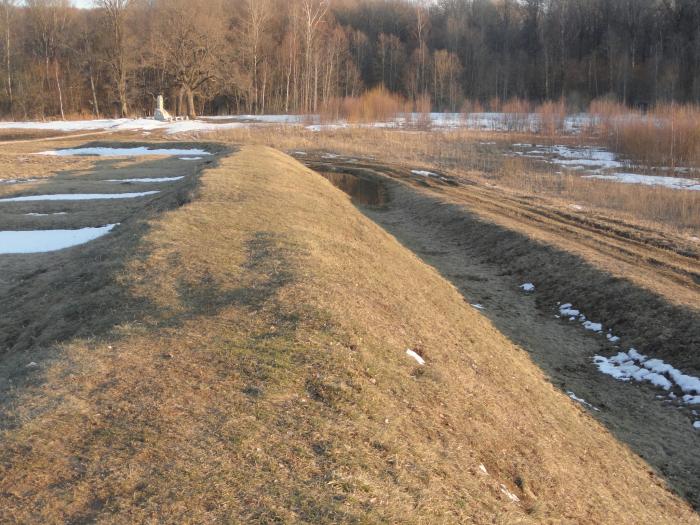