Another Aztec Warrior Class was The Tzitzimitl. Unlike many Warriors of The Empire who chose to wear ''very little'' into combat, The Tzitzimitl were known for wearing light clothing which covered their entire body. Great debate has arose as to just what the primary color of such ''uniforms'' were. Many cite White, whereas like Red – was a sacred color to The Aztec. Designed to be loosely worn, it is though that the clothing protected the Warrior from bushes and brambles (as well as insect life). Like The Otomi, The Tzitzimitl also used a form of feathering attacked to their bodies – as a type of identifier of different Regiments and Commanders in the field. In their case however, they attached their identifiers to a back worn harness, which pushed up the feathering (or cloth in some cases) – high into the air. This system of field identification was very similar to the Medieval Japanese style of The Sashimoto Flag.

As a Warrior Class, The Tzitzimitl wore a type of open faced Ritual Helmet, Made of fire hardened wood, these were highly decorated (such as The Lepoard and Jaguar types). They used a Skull motif, with the jaws set firmly open – as if to convey the idea that they would ''devour their Enemy”. The Tzitzimitl used both Sword and Spear in combat, and were recorded as being fierce fighters by Spanish Conquistadores in the 16th Century conquest of The Aztec Empire. 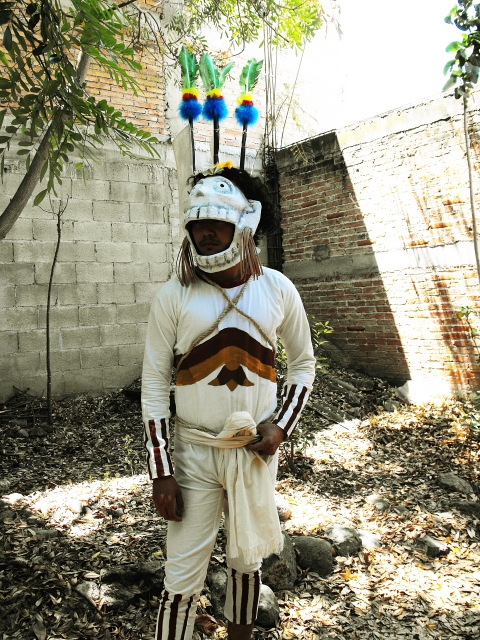