The Austrian-Hungarian Model 1899 7cm Mountain Gun was first introduced with that Army as a principle Field Gun in 1899. production would continue until 1902, with over 300 Models made. Early versions (several) were used by the Boer Rebels against Great Britain during The Boer War (1899-1902). The Model 1899 (sometimes referred to simply as ''M99'') was a popular early Gun with Germany and Her Allies during World War I.

Unlike most developing 20th Century Artillery pieces, the M99 was produced still using a Bronze Barrel (as opposed to Steel). This, coupled with a modified spring stabilization system, made recoil very easy (unlike the typical kick back often experienced). Later versions had Gun Shields installed in front of the carriage (for protection of The Crew from rifle fire and counter shrapnel). The Gun would remain in use until 1918 and the end of The War. In total, The M99 weighed over 690-lbs. Elevation could be traversed from 10 to 26-degrees. The maximum effective range of it's 10-lb. HE Shell was 5,200-yards. A Crew of (6) was deployed with The Gun. 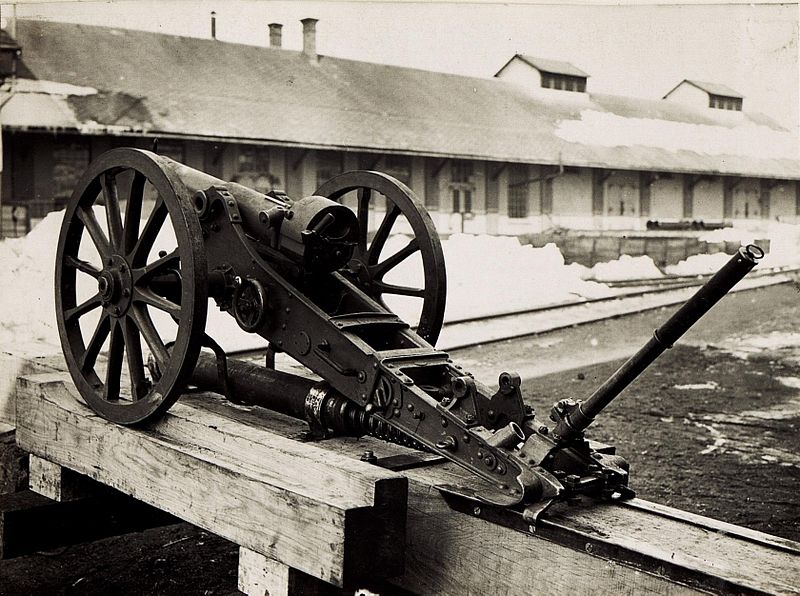