The Austrian-Hungarian Haubitze Model 14 was a Heavy Siege Howitzer, classed as a ''Super Heavy'' Artillery Piece. Deployed in 1914, The Haubitze most commonly used was a 42cm (17-Inch) Barrel Cannon which was considered a semi-fixed weapon. Using hydro-pneumatic recoil systems, The Haubitze was predominately a Coastal Gun. It's ammunition was design to be able to penetrate the Decks of Dreadnought-Class Battleships. It was a commonly used weapons during World War I.

First used in 1909, only (8) such Models were manufactured. Also considered ''outdated'' by Modern Military Technology in the 1940s Germany would still press The Haubitze into service during World War II. The Howitzer was crewed by (27) Soldiers from a fixed Position. They weighed over 200,000-lbs. The Haubitze could fire a 2,250-lbs Shell to a range of 16,000-yards. Due to it's massive size and time needed to reload, it could only fire (1) Round every 5-minutes. Further, Barrel ''life'' was regulated to replacement after every 1,000-rounds fired. 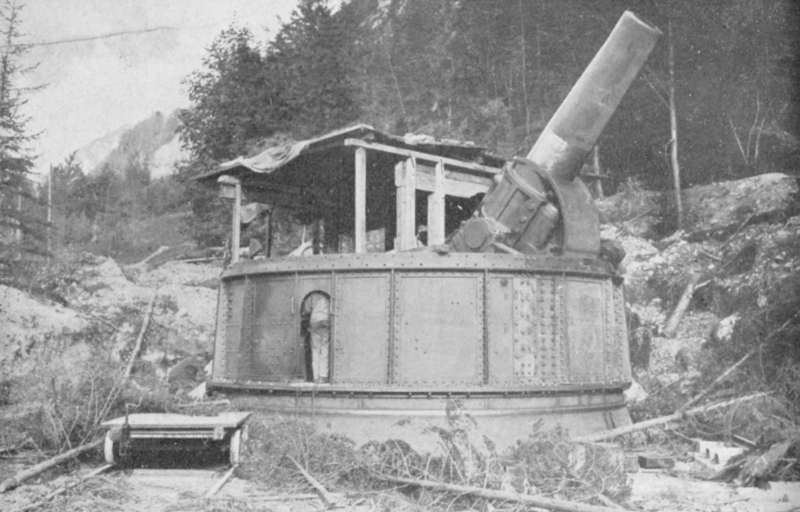