The ''Rover'' Light Armored Car was an Australian Fighting Vehicle of early World War II. With low development of Armored Fighting Vehicles at the outbreak of The War, many Countries quickly began to design their own versions. The Rover was a 4-wheeled, diesel (Ford V-8 Engine) Vehicle with 0.5-inches of Plating. Over 200 Production Models were fielded by 1942 with Australian Fores. The Rover supported (5) soldiers and was capable of 20-mph. Armament included .303 Bren Machine Gun. The Rover would be replaced with American-made Armored Vehicle in 1943, when supply was available. 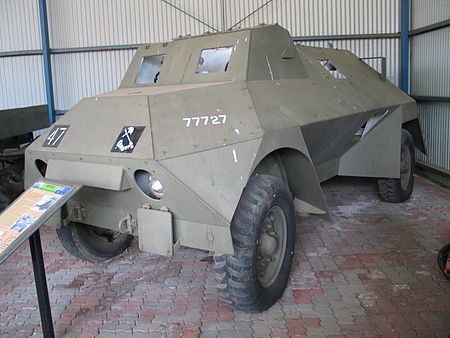