The Australian ''Rhino'' was a Heavy Armored Car, designed for combat usage during World War II by The Australian Army. Only (2) complete prototypes were ever produced. The ''Rhino'' suffered from issues of an underpowered Engine which could not support the overly heavy armor plating. Rather than redesign, The ''Rhino'' Project was canceled. The Rhino was a (4) Wheeled, 8.5-ton Armored Car – which was 15-feet long with a width of 8-feet. It stood 8-feet high. The Rhino was to have crewed (4) soldiers. And would have supported a single 2-Pounder Cannon. Secondary armament was to have been a 7.7mm Vickers Machine Gun. Power was supplied by a GMC 6-cylinder Engine, capable of 30-mph. 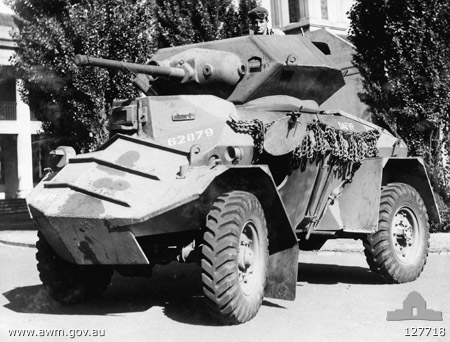