The Regiment was formed late in The 2nd Boer War (1901), Australia – and consisted of 320 Light Horse (Cavalry) Carbineers. Deployed to Pietersburg (South Africa), (50) of their number were actually ''captured'' Boers who had ''switched sides'' (making them ''well placed'' as Scouts. The Carbineers fought in several engagements against The Boers. However their ''fame'' (or infamy, depending on either The British or Australian version) – was in an action which led to a court-marshal and followed by an execution.

During a Boer attack of a British Fort, a detachment of Bushveldt Carbineers was captured and executed by Kommando Forces. Many felt that the detachment (of which it's popular Commanding Officer was captured and executed as well), had been orchestrated by espionage. One Lieutenant Harry Morant (nicknamed ''The Breaker'' for his civilian occupation as Cattle Drover and Horseman), begged The British Command to move against suspected Boer ''Civilian'' targets – responsible (as Morant determined) for the raid that killed His Commander and comrades. Whereas peace talks were underway between The British Government and The Boers, any ''reprisals'' were ordered unauthorized.

The Carbineers moved against other targets, and by ''chance'' had the opportunity to locate the (8) suspected Boer collaborators. The Carbineers executed them. Brought before Army Command, it was determined that Morant and another Officer violated a direct order. Morant claimed that he was given the order to attack a Boer position which happened to also include the previous targets He wanted for His murdered Commander. A ''quibble'' perhaps, but as an informal ''peace gesture'' toward the peace talks with The Boers, Morant and his associate were executed by firing squad. Many Australians citing that Morant was simply following orders (which ultimately gave them control over the original Boer spies).

The Regiment would be sent home as a result of both the peace talks and the Morant Incident. They would be deactivated in 1902. The Regiment wore the Khaki Uniform, ''Bush Hat'' and carried more ''modern'' firearms – such as The Krag-Jorgenson Rifle (along with Pistol and Sabre). 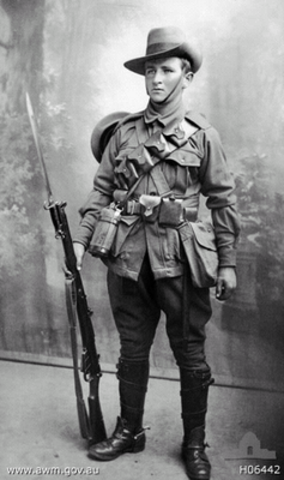