Called "The Mail Piercer", or "Hewing Spear" - was a form of Norse/Viking Pole Arm. Very similar in appearance to the English Bill or French Glaive, some historians have likened them to the "special weapons" classification of weapons. Various spear heads were triangle hexed, for punching through armor. The Atgeir could be made smaller, and used as a thrusting stabbing weapon. Seen in the late 8th Century, they were NOT seen in great numbers on the battlefield (hence a specialized device). Length of pole could vary between 6 to 8 feet with a 2 to 3 inch diameter width. Some examples have been found in burial mounds - denoting some retention by Norse royalty. 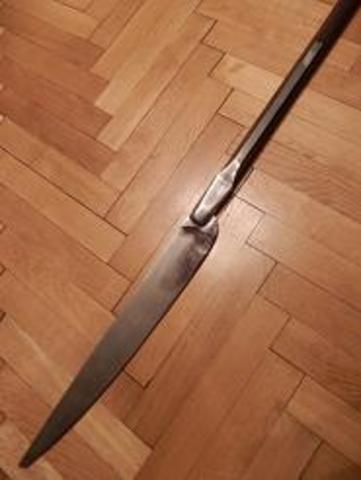