Asser, The Bishop of Sherborne's birthdate is unknown (or greatly speculated at). What is known is that Asser was an excellent biographer and historian. His work called “The Life of Alfred” (written when King Alfred stilled lived), is considered the best known history of The Kings life and times (even more detailed than the classical “Anglo-Saxon Chronicles”. From Wales, Asser entered into a religious life and became a Monk. He had a shrewd mind and an “attention to detail”. It was this trait that allowed him to be called as one of King Alfred's personal Advisers. Alfred realized the importance of education, so he appointed Asser in charge of it's development. Setting up his first “school” at St. David's Monastery (Wales), Asser spent much time between there and Alfred's Court. Asser eventually became Abbot of several Monasteries (under Alfred's “reward system”). Finally, Alfred appointed Asser as his “See” (Religious Adviser and Head) of the Sherborne Region (892 to 901). Asser died of 909 A.D. 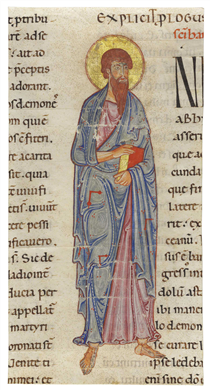