‘’Articles of War’’ is a term which can trace it’s origins to Scotland and 1637. These are codified (written) Laws and Regulations meant to govern ‘’how’’ an Army or Military needed to ‘’behave’’ in War. It was born out of the common practice of warring Armies that pillaged and destroyed Civilian goods and populace, as a means of re-supplying a Field Army. Further, Laws were needed to restrict other interactions with an Army and a Civilian population. Most Countries developed such Articles as a means of control by the late 18th Century, but by and large – they were subject to both ‘’field interpretation’’ and actual enforcement of such. One of the first examples of a fully integrated Article of War was in The British Royal Army, and was seen to be applied to The American Revolution. As stated however, many violent acts which The Army performed were never brought up to any form of Military Tribunal for enforcement, until much later in the 19th Century. Most Nations today follow some form of International Code for Conduct in War today, which are enforced – by and large after a Conflict ends. Most violations during a Conflict which involve Service Members are dealt with using a Code of Military Justice. 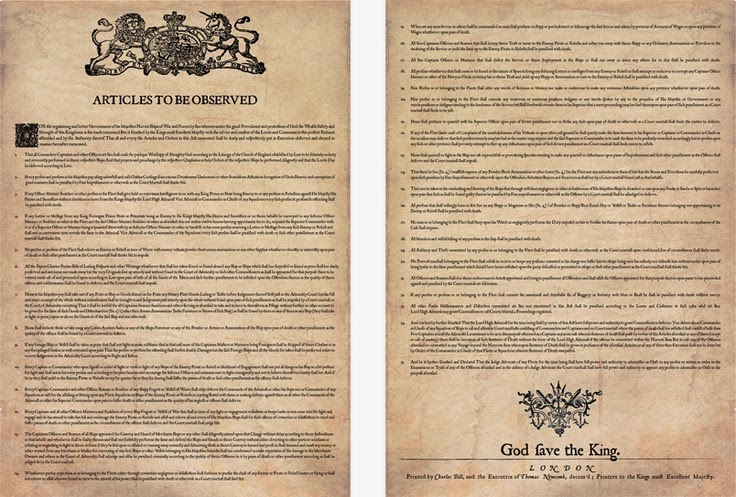