An ''Armoire de Fer'' as a form or protective device – used by French Nobility, around the 1790s. This was a form of iron compartment (which would later evolve into a Safe), which was placed somewhere within a Nobleman's Home. Consisting of a sealing door (which could lock), inside The Armoire de Fer was placed important documents, books and Art. The device became important during The French Revolution as a means for protecting wealth from the constant fires being set to Aristocrat's housing. Later, many French Republican Administrators kept The de Fer's in use the same way. 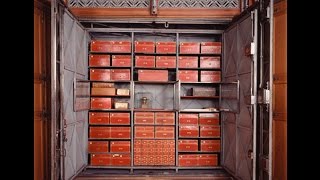