The Armand Legion was a Volunteer Military Formation of Foreigners who fought in support of The American Colonials during The Revolutionary War of the 18th Century. Composed of French and Swiss Volunteers, The Legion numbered roughly 450 Officers and Men. However huge loses in The War caused The Legion to be merged with other similar Formations in 1780. The Lehion did distinguish itself at The Siege ofn Yorktown (Virginia) in 1781 when it helped storm The British Redoubt (#10) along the fortification, leading to an American Victory. They were disbanded in 1783.

The Legion Flag was a Field of Maroon with a unique ''Leopard Skin'' Border. Centered was an Owl (Fowl, seen as a Predator). In the Left undefined Canton, was The French Fleur-dys-Lys (Gold) – over (13) 6-Pointed White Stars. The Legion's ''War Motto'' (in a Banner beneath The Owl was ''The Price of Liberty is Vigilance''. 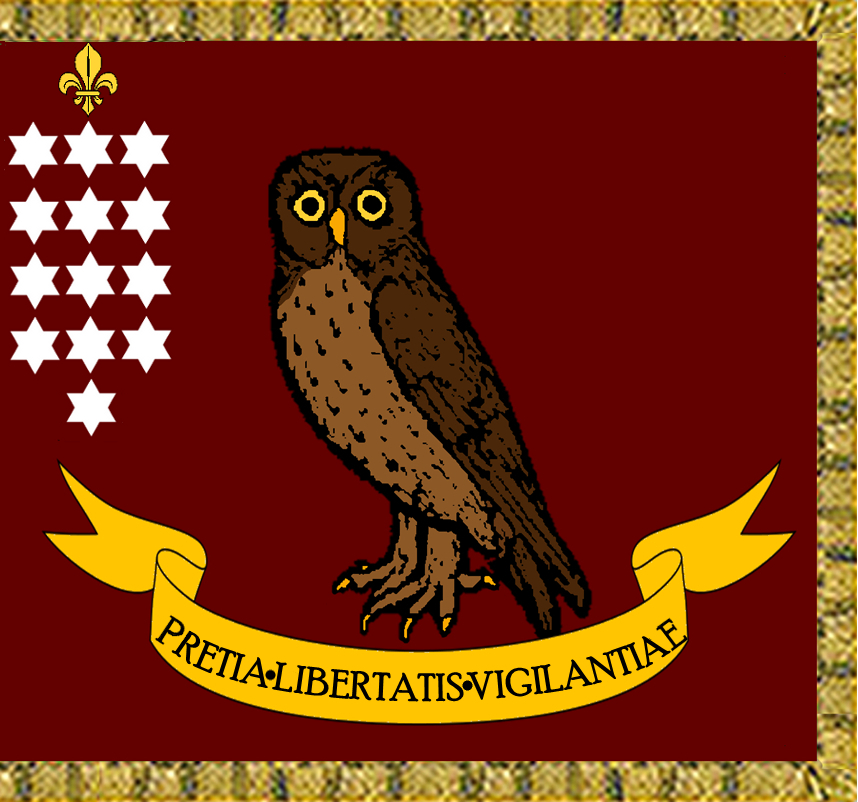