The Macedonian Heavy Infantry known as The Argyraspides (2nd BC), were the Elite of Alexander The Greats juggernaut Army. Set apart from other Units, they were picked from only the most experienced and "combat proven" Soldiers from The Macedonian Army. So honored, that Alexander awarded them Silver Shields. Hence, The Argyraspides nickname of "The Silver Shields". Some Historians debate that they also carried Silver Kopis Swords.

Wearing Red Tunics, The Argyraspides wore traditional Linothorax Armor and The Phrygian Helmet. Greaves fir the legs were also standard. Their numbers were fixed at 10,000 strong at any given time. The primary mission of The Argyraspides, was that akin to "Shock Troops". Attacking "en Masse", they would break through an Enemy Position. This "gap"could then be exploited by Light Cavalry. The Argyraspides were known to suffer some of the highest casualty rates of The Macedonian Army. 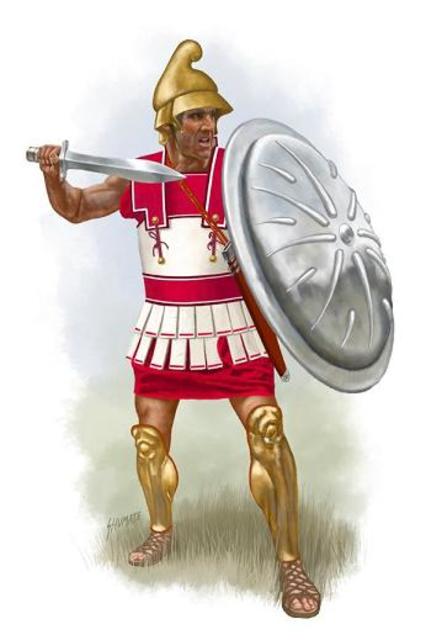