Although there were as many as (8) different ''Arches'' dedicated to The Emperor Augustus, the oldest is that which is located in Rome. It was commissioned by The Roman Senate in 27 BC. It originally was part of the Perimeter Walls which encircled Rome (although all surviving walls were destroyed in the 1920s and 1930s).

30-feet in height and 40-feet wide, The Arch (which originally had 4 Columns at it's Front and a large Statute of Augustus), had Merlons added to it's Top in the 10th Century AD (when it's supporting walls still existed). It was considered a Fortification during the many Italian Civil and Political Wars.

Considered part of The Rimini (or Official symbolism of Rome), The City Seal was attached to The Arch in the 1890s. The Arch has also appeared on Italian Currency as well. 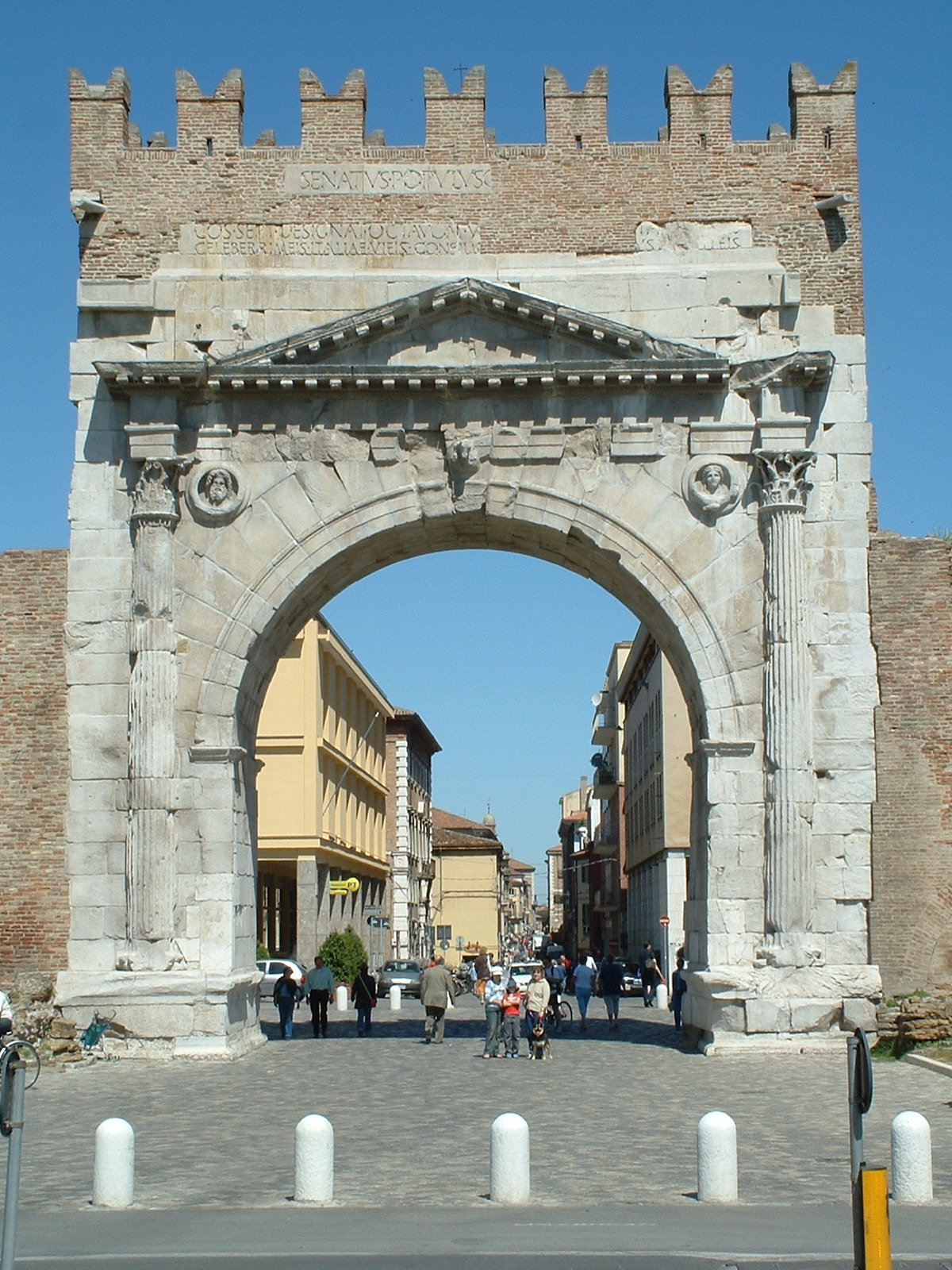