Another recognized weapon from The Middle Ages, The Arbalest was a member of the Crossbow Family. Seen in Europe around the 13th Century, it was considerably larger than the traditional crossbow. As such, due to it's size, it could muster up greater kinetic energy (up to 5,000 pound force!) It could have a maximum effective range of over 300 meters as well. A trained Shooter could dispatch 2 aimed shots per minute! The greater energy was accomplished by virtue of the attached Windlass - or cylinder pulling gear. The more one pulled the gear tighter the more energy could be mustered. This, added with a sharped steel bolt - made The Arbalest a formidable Sniper and anti-Armor weapon. 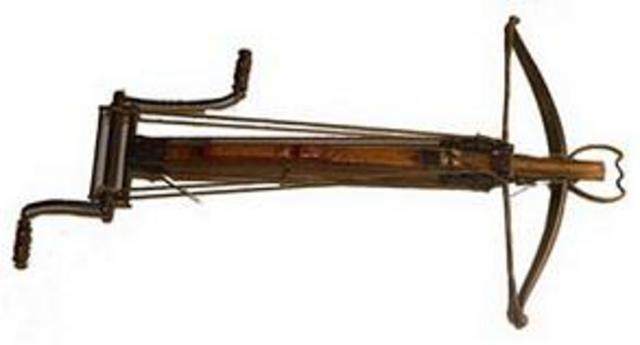