As we have seen with The ''Banditti of The Plains'', the method to combat such criminal activities was to form illegal Vigilante Groups. Many of these ''Committees'' were just as ruthless as the very Outlaws they tracked down and killed. However, some organizations were somewhat more ''law abiding'' than others. One such was The Anti-Horse Thief Association. The name was derived from the criminal Act of stealing horses. In 19th Century America, such a crime warranted the death penalty. Along the Missouri and Kentucky State Borders with Illinois in 1859, The Association patrolled with the goal of stopping horse thievery, apprehending and (in most cases) – binding over for trial, those Accused. Rarely, did The Association hang their ''captures'' (but they did in more exceptional cases). Some Historian associate them with Regulator Units, although their tactics were altogether different. 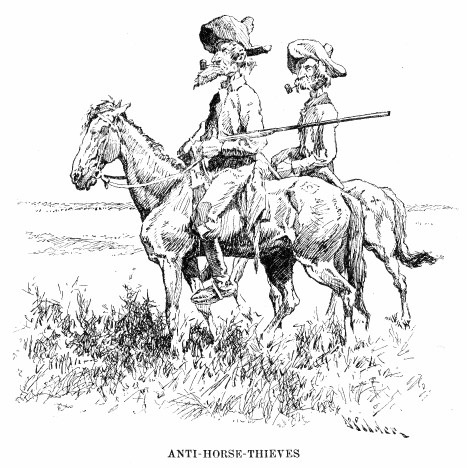