Another ''Legend of The West'' was Annie Oakley. Born Phoebe Ann Mosey in Ohio (1860), She would become one of the very few female Pistol Shot Experts on the 19th Century. A ''deadeye shot'' (especially with a rifle), Oakley was seen as a ''natural shot''. So good, that She headlined William ''Buffalo Bill'' Cody's Western Show for many years. Oakley was known for Her ability to shoot at a gallop (from a horse) and Hit a ''bulleye'' (dead target center) each time. She was also one of the first to be filmed exhibiting Her skills by Thomas Edison and His Kinetoscope (''Moving Picture Machine''). Even when old age lessened Her shooting skills, Oakley still commanded an audience wherever She went. She died in 1925 at 66. Oakley was fond of Smith & Wesson's No. #3 .44 Caliber Pistol. Greatly modified for Oakley's special skills, the weapon was seen at expensive for it's day, and very few were made. Annie had (3) made which she not only used in Her Show, but carried one for ''protection''. All were made in 1890 of which only 1 has survived to date. 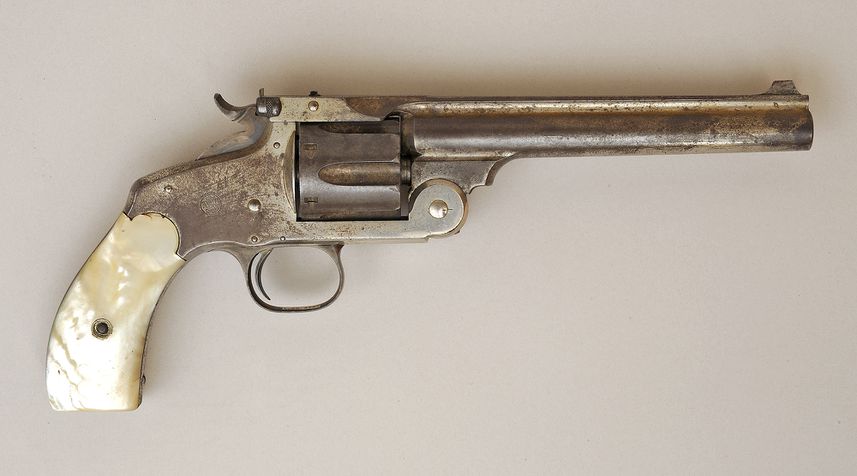