The 3 principle forms of writing “styles” prevalent during The Middle Ages were books on the Lives of The Saints, Chronicles and Annals. The Annal style composed of brief chronological listings of Events which were important to a particular Kingdom (or Monastery). There are several “famous” Annals still in existence. The “Anglo-Saxon Chronicles” are perhaps Britain's most well known. Others are “Annales Bertiniani” (741 to 882 A.D.) - which covered the History of The Carolingian Dynasty and a rare glimpse into Celtic “life” - “Annales Cambriae” (954 A.D.) 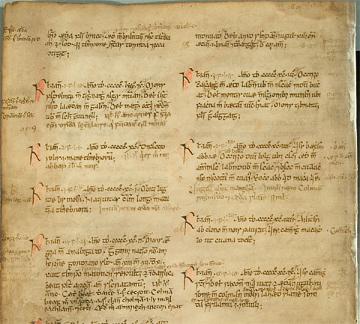