Born in Louisiana (US) in 1825, Andre Cailloux was born a Slave, but was self-educated. He successfully won His Freedom (with His Master's support), when He won His Manumission Case in a New Orleans Court of Law in 1846. He was a Cigar Making Apprentice and was a well known Activist for mixed Race Children being accepted in Society (Creole). When The American Civil War began in 1861, Andre was placed into The ''Native Guard'', an All-Black Confederate Militia used to protect The City of New Orleans from possible Federal Attack. The Militia was one of the oldest such in The Americas. Being established as such by previous French Occupation as a Colony in the 18th Century.

Unusual for the Era and Region (but not so for The Native Guard), Cailloux was commissioned an Officer (Lieutenant). This act is seen as the first such of a Black American ever in Military History up to that time. They never defended The City, which fell t Federal Naval Forces in 1862. When thus occupied, the need for soldiers to Garrison The City caused Federal General Benjamin Butler to created The 1st Louisiana Native Guards, recruiting many of the former Confederates. Andre would too join, being commissioned a Captain.

With Operations being increased around the vital Confederate River City of Vicksburg, the need for supporting moves farther South (Louisiana) was needed. Andre and His Command were part of the 40,000 Union combatants committed to The Siege of Port Hudson (1863). Cailloux was among the first Companies to storm Confederate positions there. At the front of His ''Native Guards'', He led The Charge (where He was shot dead). Although eventually a Union victory, the harshness of battle would find a period of 47 days elapsed until many of the remains of the brave soldiers could be recovered. Badly decomposed, it was a well-known ring on Andre's hand that helped to identify His body.

Returned to His City of New Orleans, He was buried in July of 1863. Sadly, Andre's contributions were never recognized by The US Government, who denied His Widow His Pension. Destitute, She worked as a Servant until Her death in 1874. 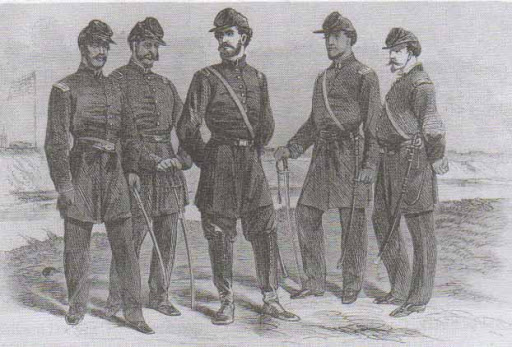