German for ''Devotional Image'', Andachtsbilder is an Art term used to identify the use of biblical images in Medieval Art, to create intense feelings for prayer and general contemplation. Often used to the specific Period known as Northern Gothic Art (14th to 15th Centuries AD), such paintings used The ''Passion of Christ'' (suffering and Crucifixion), or imagery of Martyrdom of The Saints -were common inspiration for Artists.

Possibly began for various Monasteries and Abbeys (to be used in their contemplative prayer practices), these pieces were at first used as Altar Pieces. As the style was promoted by The Church, Artists began to paint such Commissions for not only The Church, but The Wealthy (often too, to be used in private Chapels).

Andachtsbilder centers on grief and sorrow – two emotions seen to be needed for Contrition in Prayer (Confession). As the style progressed, even a preoccupation with often gruesome subject matter was used (especially with Martyrdom). The more ''graphic'' the better the Contrition (it was assumed).

The style would spread to Italy, where it flourished among many of the ''lessor'' known Artists, as a mean of promotion of themselves. A comparative form of Eastern Rite (Orthodox Catholic) being the Devotional Image over Statuary, these featured very little ''violent'' subject matter. By the 16th Century, ''tastes'' had changed, with very little Andachtsbilder being developed. 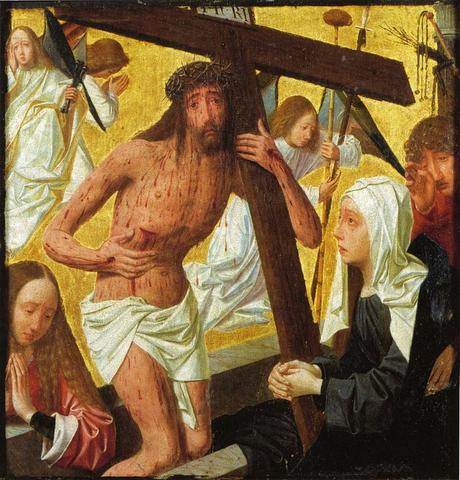