Formed in 1846 in Albany, New York – The American Missionary Association was an early Northern Abolitionist Group that promoted racial equality in The United States. While the abolition of slavery took hold much easier in The North, it did not advance in The South or later within the contested Border Territorial portions that formed the Mid-West. The Association (a Protestant religious affiliation), set up schools and training programs form uneducated Black Americans, and fostered the same for those who had escaped from Slavery in The South.

When The American Civil War began in 1861, The Association traveled with The Union army into The South and established schools as well. While many would be relocated North, a sizable number was left in The South, to help form Black Society. With Reconstruction (1865-1875), The Association was a crucial component to freed Blacks (perhaps even mores so than the infamous Federal Freedman's Bureau). Several Colleges and Universities were established by The Association, catering to Black Americans in The South.

Long lasting, The Association would assist in the formation of many other Societies and Organizations that specialized in Black education and equal rights. This was a major problem with the backlash of Southern Whites in The South, who openly resisted The Association (and others). Disbanded in 1931, The Association was a major focal point which would help establish The NAACP (National Association for The Advancement of Colored People), which still functions today. 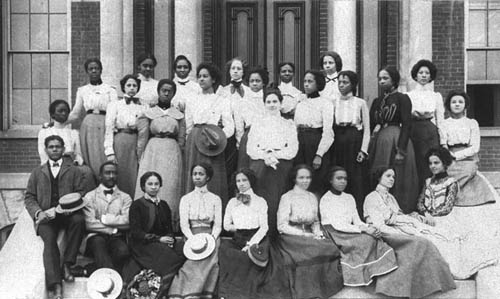