Machado was at one time as “infamous” as Henry Morgan or Blackbeard were. From Spain, he was born in 1678. Growing up “middle class” (but having 7 Brothers, Amado quickly took to a life at Sea. He rose in Spain's Merchant Fleet to the Rank of Lieutenant. His first Command was attacked by Pirates, and it was his tactic of pretending to surrender that saved his ship (and captured the Pirates). In return, he was given command of his own ship. Amaro left Royal Service and became (through connections) – a Privateer for Spain. He raided English Slave and Merchant Fleets and was said to have amassed a treasure trove worth Billions! Amaro was known to commission special wooden chests for his percentage of “the take” - often burying them in local Cuba caves (where he frequented to hide his Loot). Per legend – his horde was never found. In later life – as his Privateer career ended, Amaro would work as a Pirate Hunter (even fighting the infamous Blackbeard at one point). Many Pirates feared Amaro for his knowledge of their tactics (and of course hiding places). He retired and died of an unknown illness in 1748. 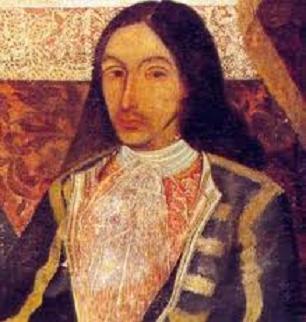