His name is synonymous with that of “Detective” and Security. Allan Pinkerton was as innovative as he was controversial. Born in 1818, he immigrated to The United States in the 1830s to Chicago, Illinois. He joined The Chicago Police and quickly rose in it’s Ranks. Pinkerton was among the first to be chosen as a Detective when The Force created such. His fame in solving crime grew so much that wealthy Citizens began to seek him out for private work. Pinkerton saw a niche.

Resigning from The Force, he recruited “like minded” Men and opened the first Private Detective Agency in America, The Pinkerton Agency. Among his first Clients was The Chicago Railroad, them overseen by future Union Army General George McClellan. Pinkerton began protecting and bringing down Train Robbers. He also became acquainted with The Railways Lawyer – Abraham Lincoln.

With his Agency Motto, “We Never Sleep”, and trademark single staring “Eye”, Pinkerton made a name for himself as nemesis to some of America’s most famous Outlaws. In addition, he wad an extreme Abolitionist, which supported The “Underground Railroad” and radical John Brown. His passion was just the thing needed when he was hired by the newly formed Republican Political Party to develop a Plan to “smuggle” their recently Elected Presidential Candidate Abraham Lincoln into Washington DC  (it was rumored Lincoln would be assassinated enroute).

So impressed (and remembering his work on The Railroad), Lincoln made Pinkerton Head of the recently formed Union Intelligence Department . As The Governments top “Spy”, Pinkerton was tasked with Espionage and information gathering within Confederate Territory. Hundreds of Spies were on just payroll  (he even worked undercover as a Confederate Officer named EJ Allen). Another of Pinkertons assignments was to protect The President . Although traditionally an Army task, Pinkertons Guards would form what would eventually become The Secret Service.

Pinkertons old “Boss”, George McClellan had likewise rose in position and prestige, as Commander of The Army of The Potomac. Pinkerton worked closely with him, and took it as somewhat of an affront when Lincoln fired him for “inactivity “. Later, when McClellan was run by a split Republican Party as a replacement for Lincoln  (which he lost), did Pinkerton resign his Post. It has often been said that The Lincoln Assassination would not have happened had Pinkerton not quit.

Concentrating on his Agency, Pinkerton would continue his fight against Train Robbers. His Agency was instrumental in breaking the Irish Labor Terrorist Gang known as The Molly Maguire in the 1870s. His death is a major of conjecture as well. It is said that he fell from a curb in Chicago and severely bit his tongue. Not seeking treatment, gangrene set in and he died in 1886. Others state he was pushed. Still others claim he died due to exposure to Malaria (contracted When working undercover in The South). His Agency still continues today, a Government Security Contractor. 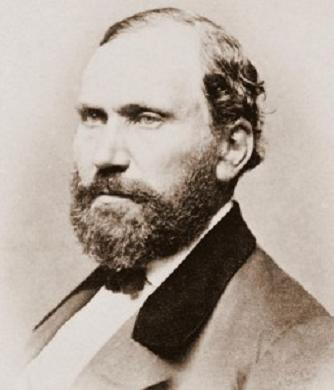