Although her name is relatively unknown to most, Alice Huckert is better known by her alias ''Poker Alice''. Alice was one of the few successful Female Poker Players in The American West of the 19th Century (at a time when such was mostly unaccepted and frowned upon). Alice Huckert was an Irish immigrant who came to The United States with her Family in the 1850s. She would eventually end up in Colorado Territory and married young. Her husband, Frank Dufield was a Mining Engineer who also had a passion of the Card Game of Poker. In his off-time (to keep sharp at the game), Frank taught his bride how to play. Alice was a ''natural''.

However, a mining accident killed Frank, leaving young Alice destitute. Without any major skills, she turned to the only thing she was ''good at''. The game of Poker (in particular, ''5 Card Stud''. Now, most women in the American West (especially in the ''rough and tough'' Cattle and Mining Towns) – faced only a few employment opportunities (mostly on Vice). A Female Poker Player was virtually unheard of. The ''novelty'' that was Alice, was in fact a clever method at ''marketing'' herself. Alice dressed in all ''feminine refinement'' and was said to be ''quite handsome'' by some. Noted for her ''Hats and perfume'', these ''tactics'' all helped her ''distract'' her Opponents. Alice was (despite her ''charms'') – was said to be a good player. At one point, she won a Game with a $6.000.00 (USD) ''Pot''. Alice claimed a lifetime ''haul'' of $250,000.00 in prize money (roughly equivalent to several Million by today's currency rate). Alice (for all her ''grace'') was still capable of violence. Noted for her carrying of hidden knives and pistols – Alice threatened ''Cheats'' more than once.

In her later years, Alice did run afoul of The Law. In 1910, Alice had purchased her own Saloon, Gambling Parlor and attached Brothel. A group of US Army Soldiers ''roughed'' up one of Alice's ''women''. Alice responded with a Shotgun. One Solider was killed and Alice was arrested, pending trial. Alice pleaded self-defense and incredibly – was acquitted. She did lose her Saloon as a result. Even in her 60s (1928), Alice was arrested several times for Bootlegging (selling illegally made alcohol). Alice was also well known as a ''religious woman'' despite her Gambling and Prostitution ventures. She refused to play Cards, sell alcohol or allow her ''girls'' to work on Sundays. Despite this, Alice was a Pariah in most Towns she lived in. In South Dakota (1930), a gall bladder infection (resulting form surgery) would end ''Poker Alice'' and her somewhat colorful life. She was 79. 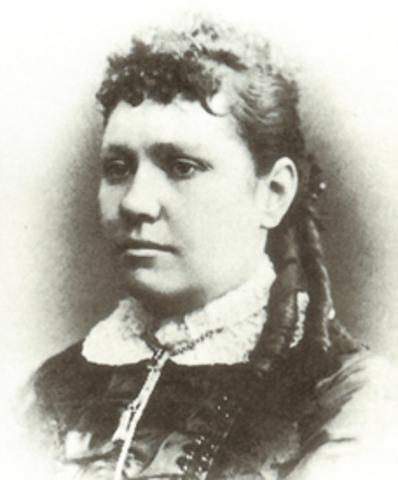