\Assuming the Papacy after the death of Adrian IV, Rolando Bandinelli (born in 1105 A.D.) started out life in Tuscany. Taking to a life of the Religious, he was educated in Law and Theology. He also taught at The University of Bologna, for a time. Under the guidance of 2 Popes (one of which was Adrian IV), he rose very quickly in Church hierarchy. Made Chief Negotiator to Frederick I Barbarossa by Adrian IV. His observations on Frederick's intended play against Northern Italy (and reported to The Pope), may have well instituted the difficult “feelings” between The Holy Roman Emperor and The Pope for many. A natural selection to replace Adrian in 1159 A. D. - he took the name Alexander III. Due to his closeness with Adrian, Frederick refused to recognize his as Pope. The Emperor installed his “own” with Victor IV. Forced to flee Italy in 1162 A.D. - he went to England and France in an attempt to shore up his power base. Difficult at first, it took until 1177 A.D. - for Alexander III to succeed. With Frederick's power staring to wane, he gave into The Pope – (who was re-installed that year in part to The Treaty of Venice). Calling for the formation of The Third Lateran Council in 1179 A.D. - Alexander strove to unite the Power of The Pope and The Church. He also (unsuccessfully) attempted to reconcile the bitterness towards England's King Henry II and The Archbishop of Canterbury, Thomas Becket. He was however, one of the first Pope's to force a King into “Public Repentance” for Becket's murder. Alexander III served for 22 years until his death in 1181. 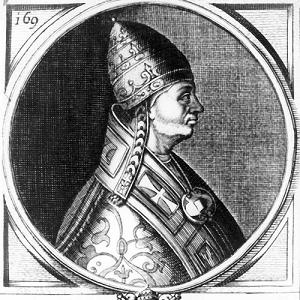