Born in Scotland around 1662, Dalzeel went to sea in his “early teens” (as was common). By 23, he was Captain of his own vessel and had completed 6 successful “voyages” under Captain Henry Every. Dalzeel was a known liar and many never took him at his word. According to legend, Dalzeel participated in the famed attack on The Turkish “Supership” The “Ganj-i-Sawai” (which gave he and his crew a huge sum of monies and treasure). Dalzeel and Every served until Dalzeel set off on his own “plunder” of The West Indies Dalzeel found the “pickings” scant in The Caribbean (he was not the only Pirate operating in the Region). His luck changed when he and his crew found a strayed Spanish Warship. Although out gunned, they were able to successfully attack, board and take the Warship's Captain. Dalzeel now had a 2[sup]nd[/sup] ship. Flushed with success, Dalzeel attempted to attack a Fleet of 12 Spanish ships (with Warship escort). They failed.

Strangely, The Spanish did not execute or enslave Dalzeel and his crew – but they did take his ships. Making it back to Jamaica, Dalzeel began to outfit a new ship for his exploits. His new ship made it as far as Cuba (before capture). This time, Dalzeel was to be executed. He made a daring escape (as per legend) – by knocking out the Guard and floating to shore on empty barrels! As luck would have it, ANOTHER Pirate vessel picked him up and with some convincing – the “new” crew successfully tracked down, attacked and captured the Spanish ship which had “promised his execution”. Dalzeel's luck did not hold again, for the captured Spanish ship sank in a storm! Surviving this (as was Dalzeel's remarkable fashion) – Dalzeel was able to secure a Privateer's Commission by The French – just in time for The Spanish War of Succession. He made considerable fortune off of the British shipping he attacked. His luck ran out in 1712 when he was captured by The British Royal Navy. Transported back to London, England – tried and convicted, he was sentenced to be Hanged, Drawn and Quartered.

However, an English Noble (The Earl of Mar), had taken an interest in Dalzeel (and his abilities). His sentence was commuted and he was “given” a Royal Letter of Marque to attack The French!.Dalzeel once again set sail and was known for his “special cruelty” of captured French Sailors or Seamen. After The Spanish War, Dalzeel went back to Piracy. Captured again by The British, this time Dalzeel's luck had run out. He was hung in 1715. 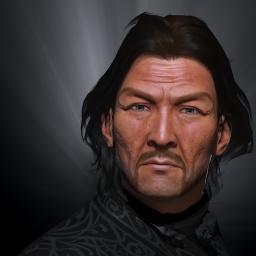