The Agen Helmet was a Late Republican Roman Military component to some Gallic Legions. Seen from the 1st Century BC, The Agen was a departure from the typical Roman Legion issue. A ‘’Colonial’’ type, The Agen was made of cast bronze and covered the crown of a Soldier’s head, rising to a blunted crown or point. A circular ‘’brim’’, extended 2-inches around in total. Twin plated were chain riveted o each side to protect the ear and portion of the jawline. No neck protection was offered. As stated, Colonial conscripted Legions used The Agen, made locally. 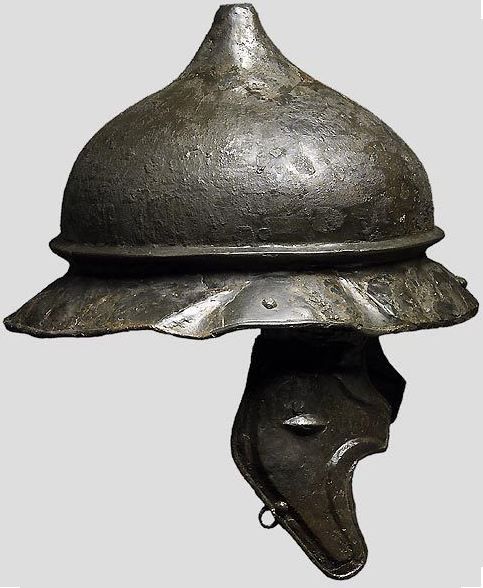