Born in 955 A.D. - in England, Aelfric was considered by many to one of the greatest Writers of Prose in the 10th Century. Although he concentrated on religious work, his best known “non-religious” work was “Latin Grammar” (later simply called “Grammaticus”). This language Primer would be used well into the 18th Century. Starting as a Monk in Winchester, his education steered him towards teaching. Having taught at many Universities, he retired from formal learning to accept the position of Abbot at Oxford. Although he wrote several volumes on education and teaching (again maily religious in nature), he devoted most of his efforts into his Monastery. He died in Oxford, England in 1010 A.D. 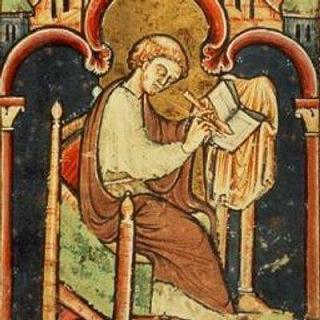