A well known early Medieval ''diplomatic tale'', Abul Abbas was said to have been one of the very first attempts at establishing some sort of detente between The Frankish Emperor Charlemagne with a Middle Eastern Kingdom, in this instance – The Abbasid. After many attempts to establish friendly ties, Charlemagne was presented with what was said to a White Elephant. The Beast was named Abul Abbas, and was delivered from Baghdad in 801 AD.

As with many Franks, who had never seen such a creature, great fanfare was given to the gift. It was documented throughout early Medieval Europe, and Charlemagne himself saw Abul as a possible propaganda tool in War (having been well schooled in the exploits of Hannibal, centuries prior). However, by 810 AD, Abul suddenly died. Much is made thereafter as to what happened to Abul (in particular His remains). Some Historians cite that the massive skeleton was cleaned and preserved as a form of attraction in Charlemagne's Palace. Others, it was buried with ''great fanfare'' – befitting a King. Conversely, no one is quite sure of just where Abul was buried. Some say along The Rhine River.

By the mid-14th Century AD, Abul – much as His former Master, has been shrouded in much mysticism and lore, often giving the creature supernatural abilities. Many pieces of Medieval Art portray Abul as White (a rare form), despite the probabilities that Abul was not so colored. 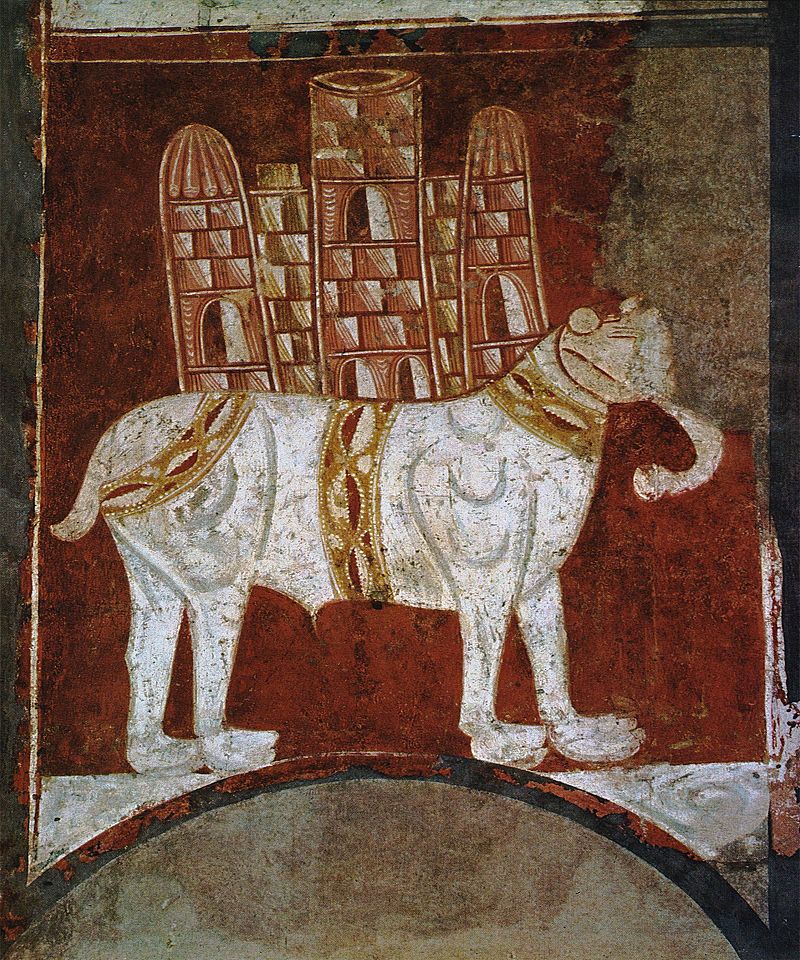