A broad term linked more to The United States of the 1850s and 1860s, an ''Abolitionist'' was one who championed the moral clause of ending involuntary servitude (slavery), within America. It's actual roots – however, go back to the Colonial America of the 18th Century. Many religious sects sought to actively abolish slavery within The United States. With an ''industrial'' America developing in The Northern portion of the Country, this was seen as somewhat ''practical''. Not so to the ever clinging agricultural Southern Regions (who felt that slavery was deeply linked to their very livelihood).

With much of The Northern US declaring Slavery illegal (late 1780s)- England was among the first European Nations to abolish slavery in the 1830s (and declaring the import/exportation of such as illegal), many American abolitionists found the ever resistant Southern Region of America refusing to ratify any laws or edicts freeing those persons held in slavery. Every ''overt'' act by Abolitionists who came into The South to do such, were often decried as an overt ''act of War'' (a threat echoed throughout the early part of the 19th Century).

Abolitionists ''sponsored'' and ''aided'' any cases of possible ''servile insurrection'' by slaves against their ''Masters''. Although History cites many heroic examples (Gabriel, Nat Turner etc) – all were met with the same result – violent reprisals and executions. Thought ''controlled by The American South in the 1840s, Abolitionist and Writer Harriet Beecher Stowe would ignite the ''powder charge'' again in 1851 with her book ''Uncle Tom's Cabin''.

The book (a World favorite) – showed slavery as the intrinsic evil it was. Cruel slave owners ''lashing'' their poor slaves and their harsh treatment, resonated with the majority of Northern Americans, and went to further alienate The American South in Europe. While disgusted though, Europe still brought textiles and materials from The South.

Possibly one of the most effective Abolitionist weapons was the creation of the so-called ''Underground Railroad''. Not an actual rail system, it was in reality a network of sorts. Secreted routes, ''safe houses'' and sympathetic Northern (and Southern) ''Whites'' moved roughly 1,000 escaped Slaves per year (starting around 1853). Despite the attempts to ''close'' the Railroad – it served as an effective means to move escaped slaves from The South to The North (as far as Canada, where slavery was completely outlawed).

The final ''spark'' of The Abolitionist Movement was struck in 1859. Well known Kansas ''Holy Man'' and radical John Brown attempted to cause a general slave revolt by capturing the Federal Arsenal at Harper's Ferry (Virginia – and a slave state). His ragtag ''Army'' was quickly crushed, but his action had the intended effect of helping spur the much larger and bloodier American Civil War of 1861-65. This conflict would settle many political and moral belief systems in play within America – most importantly, the Countrywide end to Slavery in general (1865).

Abolitionists are also credited with helping to form and initially make-up the creation of The Republican Party – which would cement a ''Two Party'' political system within The United States. 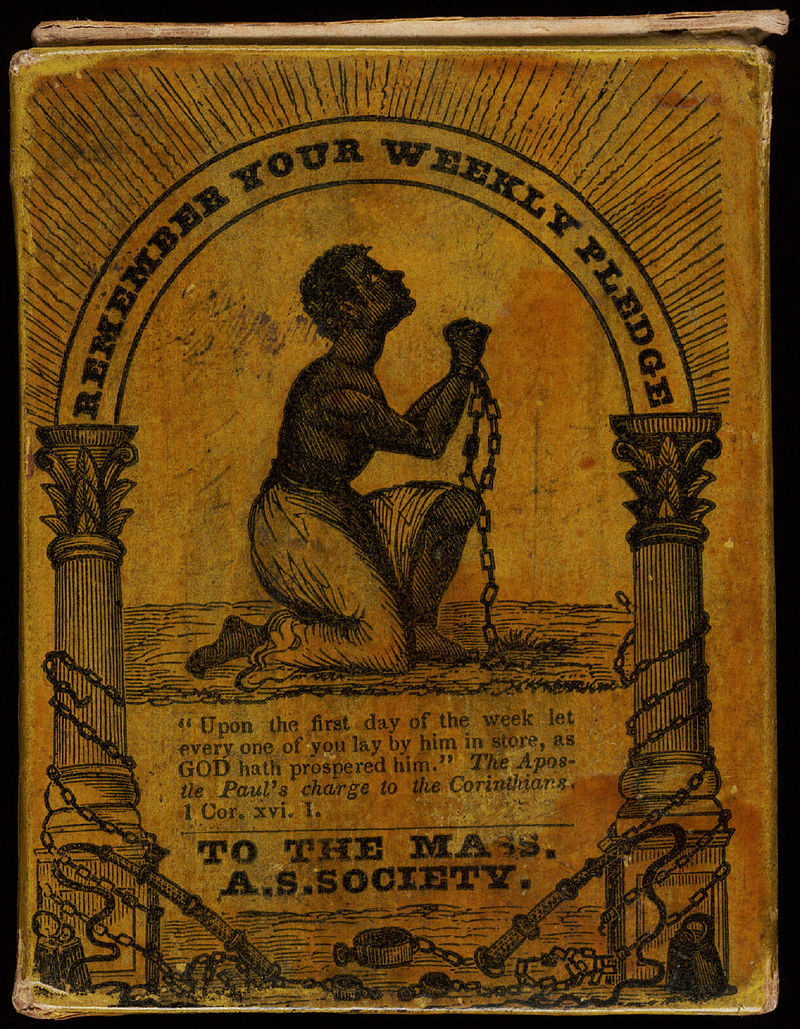