These were field obstacles formed of wooden trees and branches laid in a row. Often sharpened, the points were placed in the direction of the enemy's position or advance. The trees and branches were usually tied together with rope. Often, other debris was placed in with the Abatis (for additional entanglements). Abatis (and their related forms), go back as far as ancient Rome. an important advantage of the Abatis, is that it could be made quickly from positions near forested areas. Cutting down many trees and subsequent branches could be used immediately (once placed).

A disadvantage of the Abatis system, was that it was made of wood, and thus could be burned. This made archers a particular problem for them. In addition, if left unguarded - mounted troops could hook or drag them out of the way. The Abatis system (although primitive) was effective. 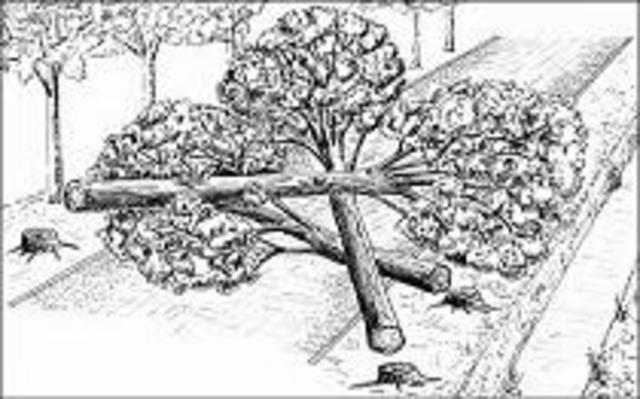