Known by The Germans as The 33rd Waffen SS Grenadier Division and The 1st French SS Charlemagne Division in France, The Unit was a Vichy (German Supportive) Volunteer Corps. They were formed in mid-1941 with German occupation of France. In 1944, at their recruitment height, over 11,000 Frenchmen served in The Division.

Most recruit were Pro-Fascist in their support for Nazi Germany. The Group was used at first as a Pacification Unit to limit Free French Resistance. Later, The SS Charlemagne Division was transferred to The Eastern Front to support The German advance into Russia.

By the time of The Battle of Berlin in late 1944 and early 1945 – The Division (which by them numbered 700 Officer and Men), was present. It fought The Soviet Advance into The City and among the last to surrender (only 30 would survive).

Of these ''survivors'', most were branded as traitors by the re-established French Government. Several Officers were tried, convicted and executed, with other Ranks being sentenced to hard labor. Of these, 8 were finally released in 1959.

The Division was uniformed similar to a standard Waffen SS Soldier, wearing the Grey Uniform and all other German Infantry equipment. The primary difference was their assigned Patch. This was a Black and White device which featured half-imaged Lion and (3) French Fleur-dys-Lyes. In addition, a supportive insignia Patch which was a Shield – portrayed The French Tricolor of Blue, White and Red. Above this, was the Anglican (English) ''France''. 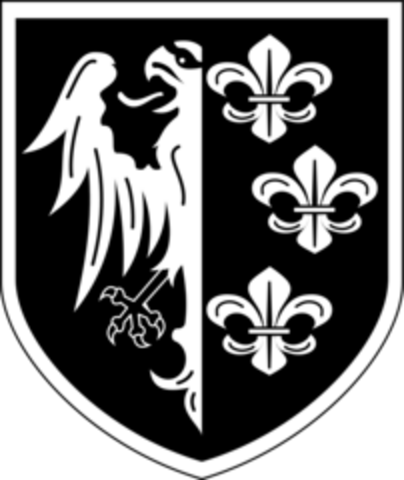