The term ''100 Days Men'' was applied to late in The American Civil War, around 1864. It derived from the total amount of enlistment days certain volunteers signed up for Federal service within The Union Army. Prior, at the start of The War, volunteers enlisted for what was known as ''90-Days'' (3-Months). These Enlistments felt (as did many in Washington DC), that The War would not last much longer than that. It became sadly apparent that it would go on for many years.

After the 3-Month Period, many Soldiers felt that they had ''done their Duty'', and did not re-enlist (given the life and related horrors they had encountered in that period). This created many gaps in replacing fallen and wounded soldiers. In 1863, The Federal Government created ''Duration Enlistments''. These specified that a volunteer entered The Army for a period of War and until ''no longer needed'' – or discharged at the need of The Army. This was met with great dislike among potential volunteers.

In 1864, many Mid-Western States of The Union (Illinois, Iowa and Ohio) – still maintained sizable State Militias (forerunners of state National Guards). These Forces (numbers), were seen as necessary for The Union War Effort. However, many State Governors did not wish to release the only source of self-protection. Many Confederate Raids, deep into The Union Mid-West – predicated this idea. The Federal Government developed the plan of The ''100 Day'' Enlistment, catered especially for these States.

By Contract, these State Militias could sent soldiers into federal Service for a 100-Day Period. These Troops would be used as Guard, labor and Garrison Duties (both outside of Washington DC and The Western Frontier). This freed up Veteran soldiers who could then be placed into the ''gaps'' created by battle casualties in The East. A total of almost 30,000 such ''100-Day'' Volunteers were added to the rolls of The Union Army. Afterwards, these Soldiers would revert back into their State Militia status. 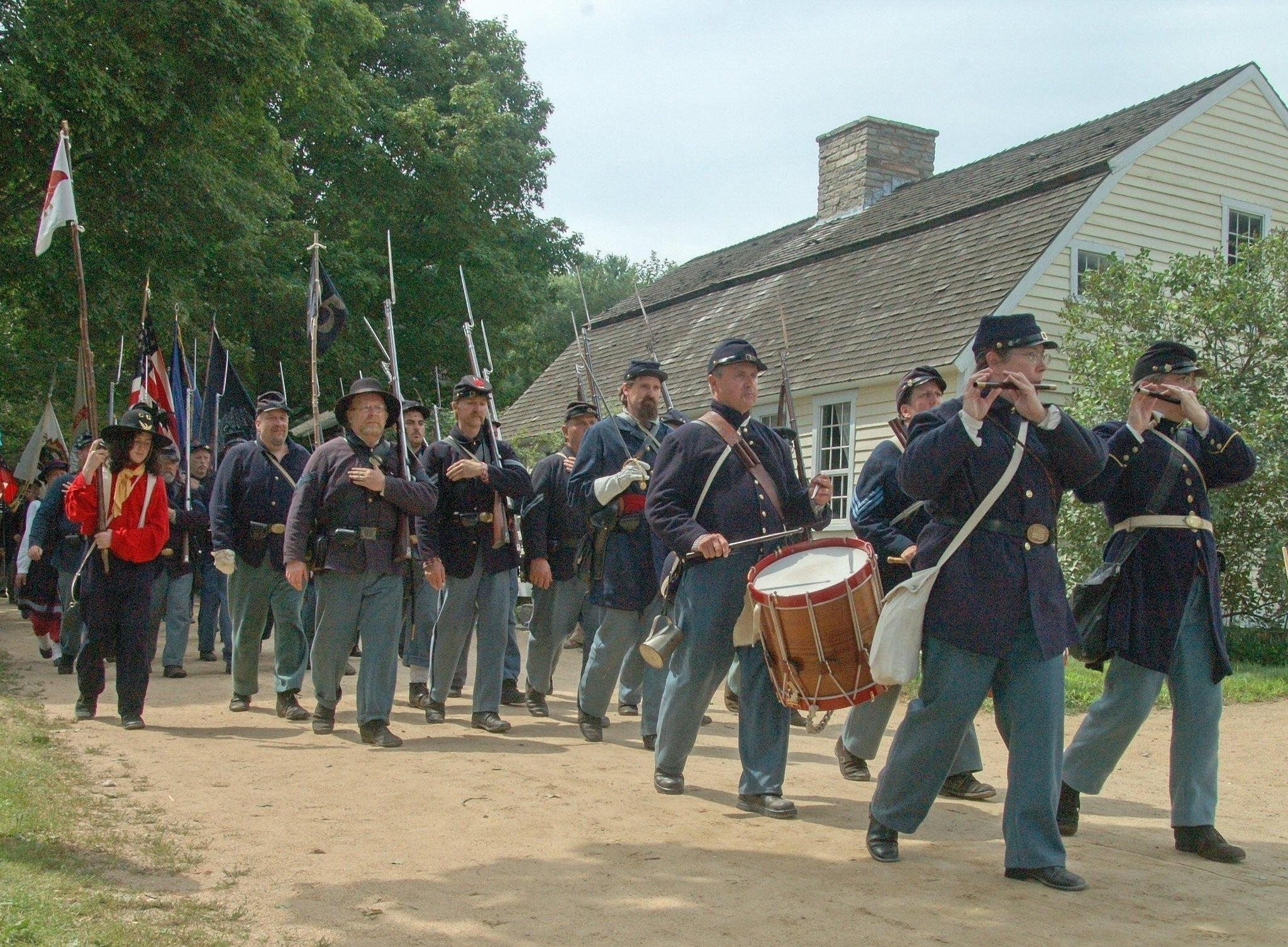