Another frightening story from the late-Middle Ages (and England)  is the tale of ''Whipping Tom''. Seen in 1672, Tom was an attacker of women. He would prowl the streets and alleys of London (and the nearby Village of Hackney). Upon a violent approach, Tom would produce a small whip and proceed to beat the lower extremities of mainly women. Tom was known to vanish into thin air or into a pillar of smoke. As many as 40 women were brutally assaulted. Tom also was known to shout the single phrase ''Spanko!'' Some say Tom had a helper known as ''Skipping Joan''. Although several suspects were arrested and imprisoned, the attacks didn't stop. Again in 1714, a series of Whipping Tom attacks once again happened. This madman - identified as Thomas Wallis, confessed to whipping 100 women. The attacks stopped when Wallis was put in prison. Still, imagine walking down a dark and foggy alley and seeing the fleeting image of a man running up to you yelling ''Spanko!'' - or a demonic figure of a skipping girl approaching............... 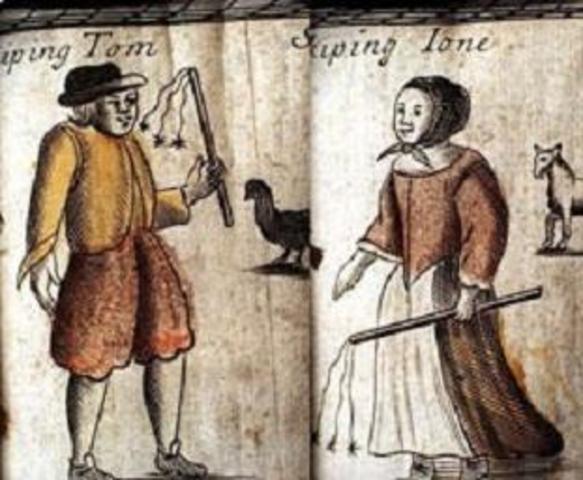