These nasty Greek demons are akin to two mythical monsters -  Werewolves and Vampires. Going back as far as the 17th Century, The ''Vrykolakas'' were humans that led a sinful life and buried in unconsecrated ground. Often they would return as a wolf-like vampire creature. Unlike a traditional vampire, they are very large and heavy. They will creep into a victims house and lay on their body draining the energy of the unfortunate. The victim cannot move during the attack (but is aware it is happening!). Sometimes, Vrykolakas will knock once on their victims door. Upon opening the door, one finds no one there. Our new visitor is invisible (of course), and simply waits for you to go to sleep. They are killed much like a traditional vampire. Beheading, staking -  but most popularly, cremating the Vrykolaka while it rests in it's grave (only on Saturdays). To this day, many small Villages in Greece will NOT answer their door on the FIRST knock. 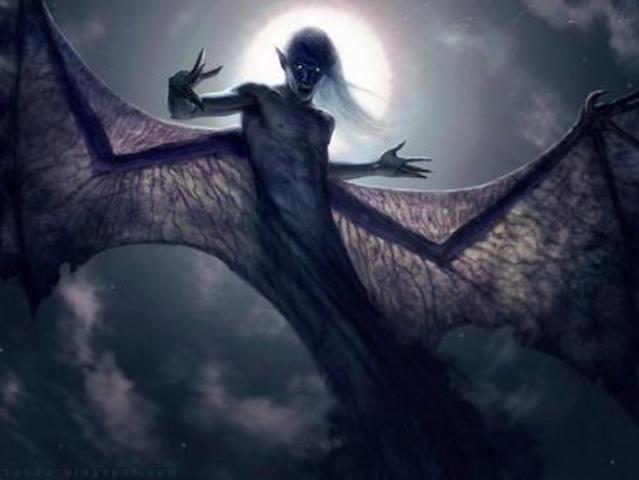