In the ‘’scheme’’ of things, very little is known of The Olmec Civilization. It’s core Cultures can be traced to 2,500 BC, with the primary ‘’Olmec’’ Society to 1,200 BC. Located in The Mexican State of Tabasco – is an unusual archaeological site known as ‘’La Venta’’ containing a Royal Pyramidal Tomb. Dating to 400 BC, many curious artifacts have been recovered and are still being studied. One such ‘’peculiar’’ piece is known by some, as ‘’The Dragon Stone’’. It depicts the detailed imaged of The Olmec mythological creature called a ‘’Feathered Serpent’’. This ‘’Beast’’ is shown ‘’encircling’’ a Human – possibly dressed in some sort of ‘’pressure suit’’ and wearing even more possibly – a ‘’helmet’’ of some kind.  ‘’Seated’’ in a ‘’Command Chair’’ (it appears), The ‘’Feathered Serpent’’ now begins to resemble a type of ‘’designed craft’’ (perhaps to emulate the ‘’Flying Dragon’’ of Mythos). But what is odder, is that the ‘’Occupant’’ is surrounded by what appears to be ‘’control panels and other instrumentation’’. Maybe, as some think – the mythos of ‘’The Dragon’’ (which breathed ‘’fire’’) – may have been some sort of ‘’exhaust system’’. Naturally, Archaeologist ‘’laugh’’ and cite the carved image is nothing more that - a personification of ‘’some’’ Olmec myth or Deity.  Others, point to the fact that perhaps it was ‘’The Gods’’ who ‘’gave’’ The Olmecs such ‘’technology’’, which in turn they used. Or again, We could be looking at it incorrectly? 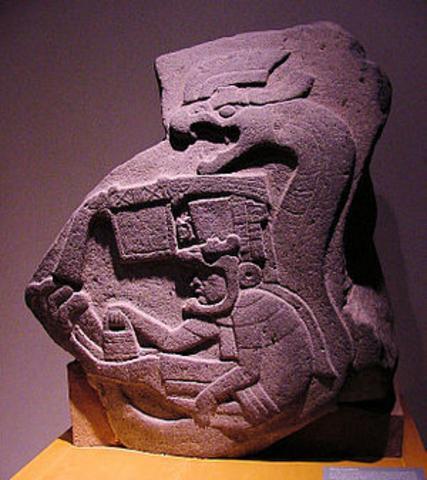