The Mystery of The Tarim Mummies

A mystery in the World of Archaeology, The Tarim Mummies provide a look into a World and Culture, many thousands of years old. "They" pose quite a problem. How did The Tarim Mummies come to be Discovered in the Tarim River Basin of Xinjang Province, China in 1936, the 29 incredibly preserved bodies range from 1,800 BC to 1 BC. The level of preservation (linked to the cold and dry conditions of the cave they were discovered in), show no traces of man-made preservation. On most cases, the Tarim Mummies appear to be only several hundreds of years old. The unusual part of the Case, is that The Tarim Mummies are NOT Chinese dead. This is odd because they are in reality, European. Identified as Celtic in origin, by conventional History, Trade and possible immigration were many thousands of years in the future. DNA testing link The Mummies with Scottish and Celtic origins. Coupled with some very well preserved Clothing samples, some clearly showing a "Tartan" Plaid pattern, give one the impression of a definite Scottish "Society" possibly thriving in Ancient China. Just how did these Travelers come to be in Tarim Skeptics cite The Tocharian People (Indo-Europeans). The problem here is that these people would not be known until some 600 years AFTER the last "death" of The Mummies. So how did they come to be Is History "off" many thousands of years or is it perhaps another 'Far Left" explanation. This theory poses that an errant "Wormhole" appeared over our Ancient Celtic Village and "transported" it to China. The determined "Survivors", would adapt to their "new" Culture. One explanation, though......... 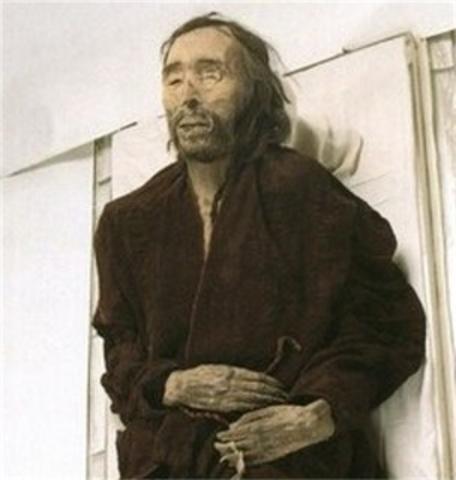