The Mystery of The ''Sunken City''

The Advanced Digital Communications Agency had been contracted by The Cuban Government in 2001, to survey off it's Coast for the purposes of placement of communications cables. What the workers found is hotly debated. So much so, that much of the ''information'' was quickly suppressed by not only The Cuban Government, but World Exports why at a depth of 2,500-feet, the remains of a ''City'' was found. Not just a collection of rocks slabs arranged by purported Humans, but a proper ''Urban Landscape''. Several Pyramids (with bases 10-feet and an average height of 8-feet), evidence of Streets even Walls, were found. The Constructs are made of stone and obviously fitted. Their orientation matches up with elements of the previously discussed ''Bimini Construct'' hundred of miles away. Said to have been misidentified by discoverers, Skeptics cite that The ''City'' is simply the remains of a previously undiscovered Settlement which was once part of The Cuban Island. That earthquake and related geographical concerns ''sunk'' these once dry land portions centuries ago. Others are not so sure. One ''controversial'' dating estimate places the age of The ''City'' at 50,000 years ago (which fits into The Atlantean Myth). Local Native Legends cite that The ''City'' is the remains of ''their'' Ancient Ancestors who, eons ago once ''lived on an Island near Cuba''. This massive land ''sunk'' beneath the waves ages ago. Obviously the story at first made International News, until The Cuban Government clamped down on all further Research for no published reason. It has remained so for nearly two decades. Again ''why''? 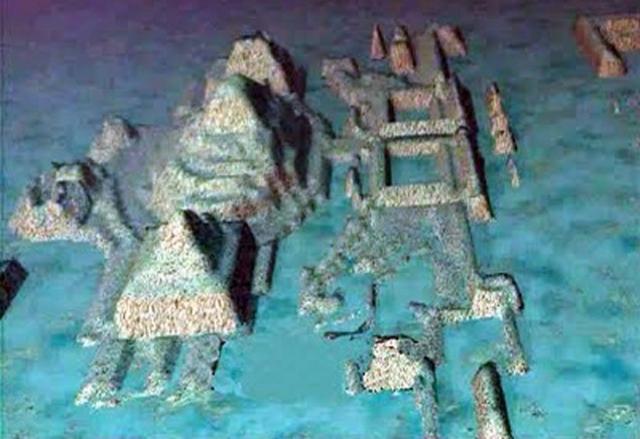