(Pilot Kenneth Arnold will go down in history UFO history, rather. In 1947, Arnold was a private Pilot. He had served as an Aviator in The US Army Air Corps, and had much experience (and hours) in the air. Flying near Mount Rainer, Washington State (American Northwest), Arnold was about 10,000 in the air. He was among many other trying to locate the wreckage of a downed Marine Corp. Cargo plane (with a $5,000 Bounty to the the finder by The US Government). At altitude Arnold saw what he described as a glowing chain of dozens of circular saucers flying several hundred miles ABOVE his position. Arnold followed the glowing Objects around Mount Rainer and eventually pulling away into The Sun. He safely landed and related his story to local Aviation Authorities (and local Newspapers). Arnold's description flying saucers would stick. Many though Arnold made up the story as a way to make money (he didn't find the downed aircraft either). However, many that knew him agreed he was an honest person who had no need to make up stories. That testimony (plus the fact that Mount Rainer underwent a UFO sightings flap ) - makes Arnold's story that more believable. 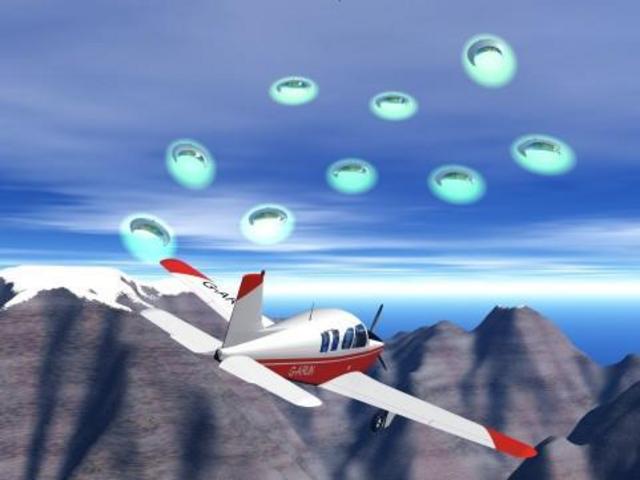