Are Vampires real? The people of Exeter, Rhode Island thought so in 1892. The Brown Family, all (one by one), fell ill from an unknown malady. No medical cause could be found. At first, plague was thought (but quickly dismissed). All the victims grew weak and pale (as if their blood was slowly being drained away). The only family member that wasn't sick was The Brown's youngest daughter  Mercy. Eventually, all of The Brown's died. Mercy fell asleep on the day of the last family death and died as well (contributing her death to the same illness  just slower). The Brown Family had a large above ground crypt. All the members were buried there (including Mercy). Several years pass. Suddenly, other families in Exeter start coming down with a similar type of illness as The Browns. Some of the more old fashioned members of Town, though that the illness was related to The Browns (and a group went to check on the bodies in the Crypt). All of The Browns were well into advanced decomposition  except Mercy. She looked as if she was still asleep. The group cut out Mercy's heart and burnt her body. The heart was thrown into a nearby river. The sickness in Town stopped. 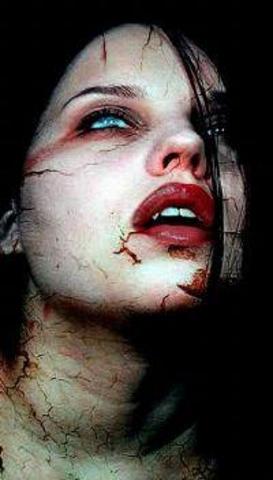