Named for the Airport that the Passenger Plane (involved), had landed at this strange incident happened on November 11, 1979. A Passenger Plane (enroute from Austria to Spain), was traveling at 20,000 feet when suddenly a large red glowing Object appeared in front of the aircraft. The Object was on a direct collision course! With every evasive maneuver, the Object would correct it's course and continue onward (towards the plane). Air Control had the Object on Radar (and thinking it was another aircraft), attempted to contact it to advise of the impending crash. No communications with the Object could be made. The Passenger plane made an immediate descent and conducted an emergency landing at Manises Airport (Valencia, Spain). In the meanwhile, The Spanish Air Force launched an Interceptor Flight. The Pilot was informed that another Object was near his flight path, so he diverted to investigate. The Pilot reported a glowing Cone-shaped object several miles to his front. As the Fighter began to pursue, the Object flew off at great speed towards Africa. Reports were filed (of course!) The sighting and encounter was considered the first time a UFO ever caused a Commercial Flight to make an emergency landing. 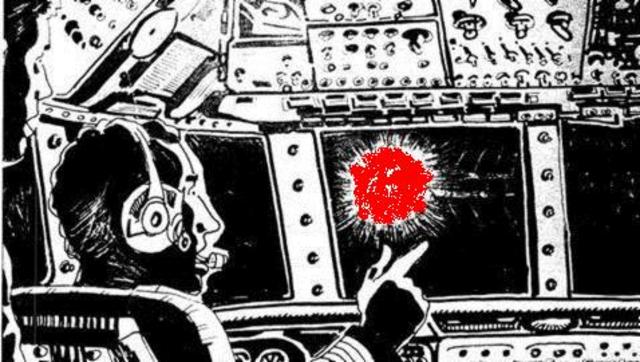